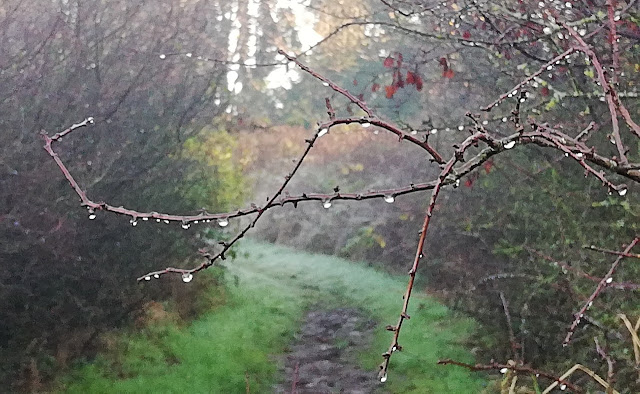 It was one of those days when it seemed like the world was two things. The afternoon was lovely, the sky pale blue, the clouds lemon yellow and dove grey. Pavements were still wet from the morning snow, now melted, and the clear afternoon sun, low and golden, lit them to rivers of silver.

The wild things were enchanted in that afternoon light. Trees, black with moisture, were inky, fretted drawings against the clouds. Humpbacked mosses glowed like green jewels along brick walls and gulls wheeled in the sky, squalling salty sea longings into the city air.

I walked past a small coppice, a tangled, briar-stringed patch of hawthorn, birch and goat willow growing between a row of houses and the football field. A tiny jerk of movement caught my eye and I halted, turned to see a wee bird, a bundle of bark coloured feathers visible only by its movements against the grey-brown of an ivyed thorn. It moved jerkily up the trunk, a treecreeper! I hadn’t seen one for years, they are shy, solitary little birds hard to spot, impossible if they see you first and scuttle swiftly round their tree to hide.

The treecreeper and the tree, unlikely kin; one quiescent, solid, weighty, the other lithe, agile, featherlight. The bird was so camouflaged it seemed as if the tree itself had budded from its woody heart this soft, fragile, warm-blooded thing. In that occult afternoon, lit with fey winter light, when all the wild things appeared enchanted, it wasn’t such a strange notion.

Two women walked towards me, one, in a bright yellow jacket, was yelling at her dog. The bird vanished. A small child raced past on a petrol blue bike and as I came out of the park onto the street, cars and vans bombed along in a holler of noise, the wet roads amplifying the susurration of their tyres to an intolerable din.

It was one of those days when it seemed like the world was two things; magic and mundane. The mundane world lies over the arcane like tar poured over a feather, but sometimes the magic shines through, sometimes the two worlds can be perceived together, seamlessly visible, side by side. Look for the magic when the sun is low, at dawn or dusk, on summer evenings and winter afternoons; when the sunlight turns tarmac to silver, when dew hangs from the railings like diamonds, when autumn leaves pave streets with gold, when a piece of tree becomes a bird. 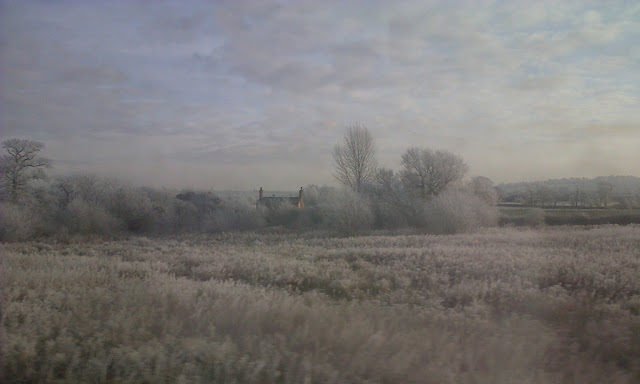 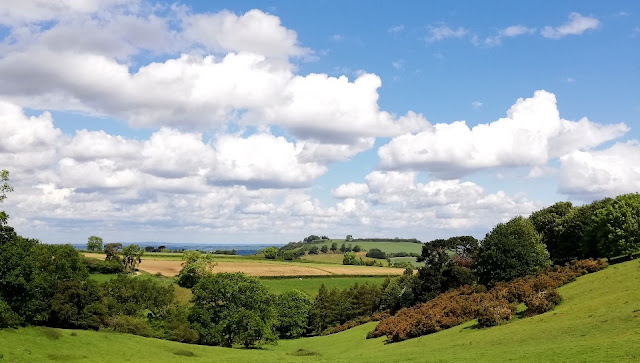