Ancient Tracks And A Side Order Of Witches.

I was really looking forward to this part of the walk because it was a section that I had not been able to do when I was on the Solstice walk in December 2017. That time I had been recovering from a chest infection and felt too ill to walk it.

This time, I was feeling fit and the weather was unseasonably warm and sunny. I left Chipping Norton at 8am and weaving past the children on their way to school, started the walk properly beside the town allotments. 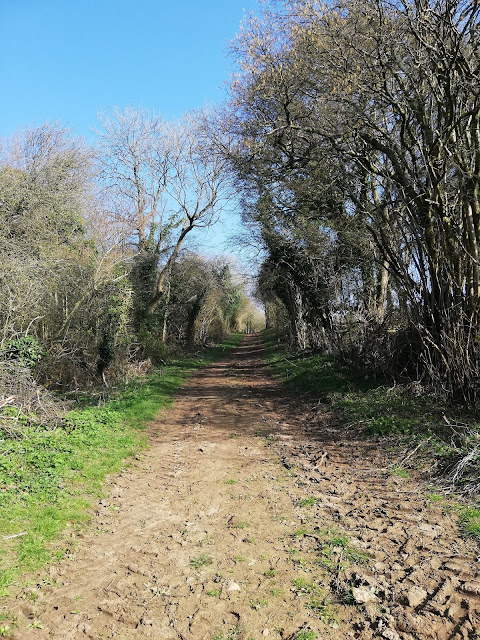 The trail eventually joined the Salt Way, a very ancient track that was used to carry salt from the brine spring in Droitwich, Worcestershire. I wonder how many of the tracks I had already wandered were also part of this Salt Way? I'd love to do more research on this track, it might even be possible to walk the route still?
It's a really special road too because it hosts a colony of the very rare plant, Downy Woundwort. Another reason for coming back to this part of the world later in the year, to see the wildflowers that grow on limestone.

I took a short diversion from my route to visit a tumulus and a standing stone. The tumulus, a mound of earth and stones raised over a grave or graves and also known as a barrow, had sadly been ploughed away. All that remained was a large stone in one corner of the field. I felt sad that the mound had gone and wondered about the ancestor's bones. I hope they had been ploughed to dust and returned to the earth and not lying mouldering in some museum archive somewhere. I don't think that ancestor bones should be kept. I'd rather that they were archived through digital data, photography and any possible DNA extracted, then taken back to the place of burial. Maybe that is a silly, not very scientific notion, it just feels the right thing to do. I know the bones are just bones yet I also believe that our ancestors had a deep connection to the Earth that is repaid by sending our matter back to it, to help replenish it. Personally, I would be perfectly happy to be buried in a compost heap, food for lovely worms and microbes.


On to Taston village and a quick visit to Thor's Stone, which looked rather bashful and seemed to be making an attempt to get itself over the wall and into an adjoining garden.

After a steep but very short climb out of the village I took a long lunch break at the edge of a field. Warmed very nicely by the sun, I used the time to recharge my phone via solar charger. I listened to skylarks and watched buzzards and muntjac deer and had a very lovely doze. 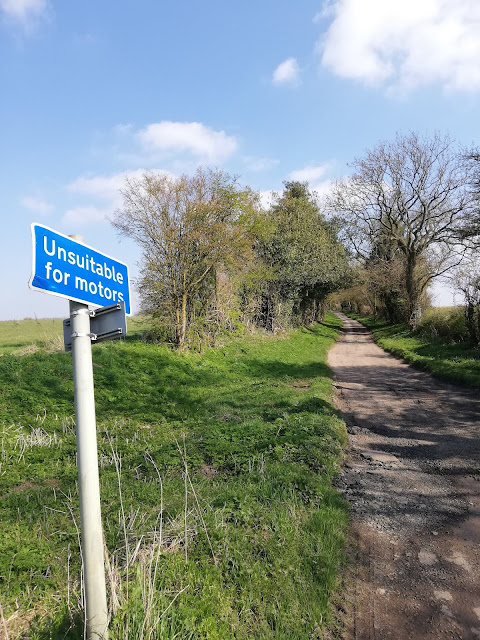 From there I went on through another lovely path, signposted Unsuitable For Motors (always a welcome sign) and passed a herd of Fallow deer, containing a very pale almost white buck. Then the path turned through a beautiful copse and down the hill into the village of Charlbury, where I saw three witches* and had a lovely half pint of local beer.


*So I was walking down towards the village, still on the hill and I saw three women walking side by side towards me. Normally I try to avoid looking at people, but these three quite caught my eye. There was something in their walk, in their presence; I would be hard-pressed to define what it was, at the time I had the silly thought that they must all do yoga as there was something fluid about their walking.
Anyway, as they came nearer I saw that they were a middle aged woman, a young woman and an elderly woman. As I passed them I looked at the eldest woman and saw that she was wearing a long silver chain at the end of which was a silver pentagram. The woman glanced up at me and smiled but as they went past me I felt quite sad that I wasn't a part of their group. I felt like I had lost something precious.
Witches. 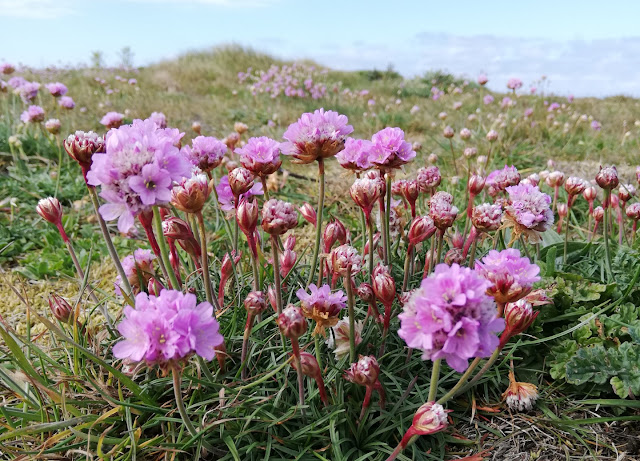 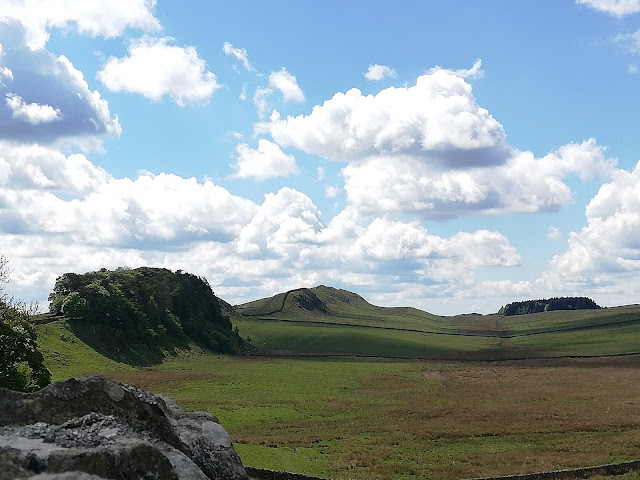